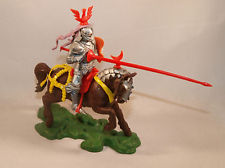 a swopit knight on horseback

#Authors Note:  I have never had much of a problem thinking outside of the box as a writer, believing it is the writers privilege to occasionally make new rules, stretch the truth, embellish the action, colour inside the story lines and maybe join a few extra dots here and there.

I have also considered normal punctuation at times a tiresome bind, especially when writing poetry and so when the idea popped into my head to attempt my own version of punctuation I decided I would give it a try in a collection of poetic memoirs I wrote and entitled ~ Bailey’s ~ to add a kind of Dickensian, literary quality to these brief but informative, starkly honest, thumbnail recollections of early events in my life.

Other than that, the stories should speak for themselves, as hopefully you will find the punctuation does. Watch out for no capitals, comers or full-stops, small pause spacers and the bullet-point long-pause paragraph markers. Other than that please enjoy!

I've always enjoyed writing and that is all I want to do... .. . I’m not sure why I ever stopped, was it 9/11? .. . Edenbray is born ugly, wet and covered in blood, mucous and bodily functions. The effluence of my short life .. . I am a Writer and Artist - since 1966 - I'm now an avid Blogger ~ I write lots of poems, written essays, articles, reviews, opinion + comment .. . I have published many of my poems in booklets ... please ask for details or just join the shebang by leaving me a marker with a 'like' or a comment for my ego and my encouragement :- thank you so much for listening ~ edenbray
View all posts by edenbray →
This entry was posted in baileys, EDENBRAY in EXILE - A RETROSPECTIVE, edenbray MEMOIRS, PROG-PROSE and tagged ART, CAVALIERS, memoirs, POETRY, ROUNDHEADS, SWOPPIT, WRITING. Bookmark the permalink.