The night has tumbling skies

So barren the awful sentiment that hits

Twisted, warm and fatalled by

The erroneous pressure of form

Where are the moments of extremity

That elude our wildest aspirations

Or formulate the dawn of our preposition?

So simply contented are opposed

By the context of their unborn attenuations

Or the altruism of their conformity

So ultimately translated and bereft

From the endeavour of our collusion

Translated for a later generation

Nothing so noble as to separate this moment

Or call vacant the felony of new certainty

Where only migrant peoples occur

Or the trials of aptitude fade incandescent 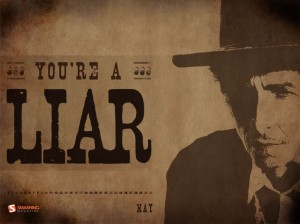 Authors Note: I promised to provide as comprehensive and varied an Anthology in this 2nd Retrospective of Edenbray’s work.

In this piece we are invited to participate in an ode of celebration for two literary stiles as diverse as time and circumstance MIGHT divide them. Two literary masters and troubadours of totally separate ages and experience who told tales for audiences for one and the same reason. My sincere belief is that Shakespeare and Dylan would share a mutual respect and admiration for each others work and then Counting Crows put the idea in my head from another lyrical piece of their own that was a song and then Edenbray penned it out, fleshed it out. You dig ?! …                                                        ~ edenbraytoday

I've always enjoyed writing and that is all I want to do... .. . I’m not sure why I ever stopped, was it 9/11? .. . edenbray is born ugly, wet and covered in blood, mucous and bodily functions ~ the effluence of my short life .. . I am a Writer and Artist since 1966 - I'm now an avid Blogger ~ I write lots of poems, written essays, articles, reviews, opinion + comment .. . I have had many poems selected for Anthologies of verse and recently have published many of my poems in 24 themed booklets ... please ask for details and join the shebang by leaving me a marker with a 'like' or comment for my ego and encouragement :- thank you so much for listening ~ edenbray
View all posts by edenbray →
This entry was posted in EDENBRAY in EXILE - A RETROSPECTIVE, edenbray POMES, PROG-PROSE and tagged ART, DYLAN, POETRY, SHAKESPEARE, SOUL MATES. Bookmark the permalink.