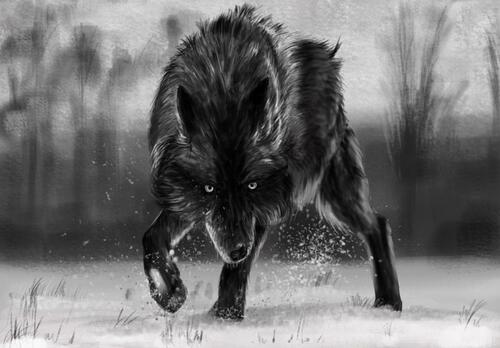 .
when did we take a wrong turn
when did the path lead us from the track
HOWL
for the sorrow that now we must unlearn
for what we ever thought was fact
or that we thought was ever true
like capitalism
is the fairest monetary system
like capitalism is fair and just at all
like capitalism shares wealth and opportunity with the masses
with both the haves and the have-nots
whereas capitalism means more than ever
that those who have more for themselves
for their children and their children’s children
will always have more
and those who have less… and their children
will generally always have less
HOWL
that an intellectual mind like Karl Marx was considered evil
or that there was ever such a thing as communism
when Marx was only a philosopher
who wrote a philosophy
much like Charles Darwin had been a naturalist,
a geologist and a biologist who wrote a proposition
it too was originally branded evil
yet now most everyone accepts it is true
HOWL ONCE
that democracy it has been decreed
by those unseen powers that be
provides the accepted key
to determine the fairest form of government and order
yet democracy is a fucking hypocrite
a fucking liar and is often corrupted
by those who stand to make the most gain
democracy continually administers out pain
to the weakest of our numbers
by that same rule of thumb that states
the strongest will survive
the fittest are the ruling class
by capitalism’s order
the weak get transient lift or push
from democracy’s shoulder
HOWL
that writers like Allen Ginsberg have been dredged
their words have been murdered
of what they tried to say
theirs was not considered poetic or decent
who spoke for one week
within the pantheon of the hugest time
because their words did not rhyme enough
or ring just once the Philadelphia bell
HOWL TWICE
that mankind’s religions often hide
the true heart of God
within its schisms, its annexes and prejudicial order
whereas true religion and undefiled
says we should visit the fatherless
and widows in their affliction
and keep oneself unspotted from ‘world corruption’
of capitalism’s disease
of democracy’s hypocrisy
of religion’s deceit

.
………
………
.
When we met the Bluewater
our journey done, we looked
at what 4 boys had become
travellers in space and time
who had fought fear of danger
traversed technologies might
beside roots of nature

We drew maps like geologists
pioneers who plot their route
explorers who traverse trails
carried our supplies in sacks
spoke of where we travelled
when we arrived we were
but 8 years old
………
………
when did we take a wrong turn?
when did the path lead us from the track?
HOWL
HOWL TWICE
for how far civilisation has taken us
for civilisation is not civilised at all
. .. it has forgotten the joy
of being young

Author’s Note: Alan Ginsberg’s poetic write – Howl – still provokes thought, analysis and controversy – surely, the focus of the poet.
I suppose this piece is kind of my vain tribute but there is not a word in it that does not make me want to HOWL – howl TWICE and then keep on howling !!!

I'm a writer ... I write .. . I’m not sure why I ever stopped, was it 9/11? .. . edenbray is born ugly, wet and covered in blood, mucous and bodily functions ~ the effluence of my short life .. . I am a Writer and Artist since 1966 - I'm an avid Blogger ~ I write lots of poems, written essays, articles, reviews, opinion + comment .. . I have had many poems selected for Anthologies of verse and recently have published many of my poems in 24+ themed booklets ... please ask for details - join the shebang by leaving me a marker with a 'like' or a comment for my ego and encouragement and thanks for listening - I really value your interest ~ edenbray
View all posts by edenbray →
This entry was posted in BEAT, edenbray COMMENT, edenbray OPINION, edenbray's ~ BRAVE NEW WORLD COLLECTION and tagged ART, COMMENT, FEELING, HISTORY, HOPES, LOVE, POETRY, SPIRITUALITY, WRITING. Bookmark the permalink.