THE TRIALS OF MILES BLACKMAN – a modern-day saint 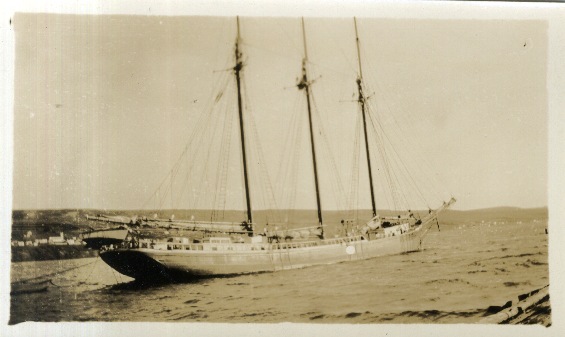 THE TRIALS OF MILES BLACKMAN

..
This day the sun had shone it’s fair share, it was a lemon in the sky
Purple stained clouds hanging like stranded, used confetti drifting by
The wedding happened earlier, we decided, too late now to cry
…
The bell on the old church rang 2am, in my mind I started up an ancient hymn
A song of a better time when I drank wine over whisky and words they still rhymed
when I could at least post vivid memories in a box marked lost and found
…
Jonah had told me of snakes in Ghana and Gary he taught me ladders
The one you avoid, the other you climb, whether its pantiles or its adders
The people you meet in life build you up or they can leave your life in tatters
…
Miles he wasn’t black nor brown, didn’t fancy men, didn’t wear a gown
Started out a happy child, later turned out wild, out where poppy seeds are sown
The thirties are your best years, mens minds tell them they are grown
…
Diomedes, Heracles, Dionysus, which is true and which is legend?
Who is secret agent, who the hero of the working class, who the bastard felon?
Miles on miles, had met them all since the grand old age of seven
…
Tribulations, trouble, tantrums tres, they ride the palest horse
While Andreas untroubled comes walking, across the well-mown course
The church clock strikes eleven, cousin Ruben is accused of using too much force
…
Miles started out drawing line upon lie, miles of line, like a regular sea fisherman
Alone for days with his solitary ways, became an enigma in his own prison
Tennyson twisted, teflon-gifted, troubled and torn, no one there to listen
…
Women, much like girls are on the other side, like road signs in another country
Miles never had a sister, truth is true but like Nautilus he still missed her
Understanding and patience are often born into another’s hands, we help each other
…
The neon lights, sights, noise and smell of a London town, a Rome, make another spell
In this fond intoxication I find I lose my alienation, by this most charming attenuation
It was about this time in Green Park that Jagger stepped out wearing a dress
…
The clergyman’s daughter is now doing precisely what Pygmalion ain’t oughta
Sitting on a park bench in Trafalgar Square, sleeping and reading classics on trains
Caddying for artists, observing disorder, next stop, becoming a hospital porter
…
Milos wandered through the warm butterfly-strong fields of gold-seed and flax
Maybe it was there he birthed so many thoughts and flowered complications
Miles always loved birds of all persuasions, he chuckled, that he never met another dove
…
And when push comes to shove, he should, instead he met a girl of purest wood
A gleaner gathering wheat up in her dress the factory girl of whom Jagger had sang
Her zip broke, her clothes were in a mess, still, isn’t it good, Norwegian wood?
…
A turpid tale with turgid momentum, turns, takes in corners and kerb stones
Sharp suited becomes the woodcutters son, no hope rolls over, we learn how to drum
So many angles, so many strokes, Miles had his moments as just one of the blokes
…
The grazing deer showed a face of surprise, a gentleness lost in her cold, black eyes
Princely birds circled above azure washéd skies, every mothers son eventually dies
Becomes a father, or a leader, or a tramp, Miles often took up mothers Nightingale lamp
…
Imagined himself with Julie, like Terence Stamp, we give so much of ourselves to cinema
To irrational fears, alcohol and tea, Long John wrestles Israel Hands on the Hispaniola
Young Miles sipped the froth off his cola, played housey housey at the Camp Tombola
…
The war hadn’t been kind to very many, nursing the scars of hearth and home
The loss of feeling, of limbs, noses, bones, the smell of fear after the drone
Adding the distance the doodle-bugs had flown or the sweated space under the stair
…
Martha had sat at the feet of Jesu only after her duties, Miles sat like Mary had lonely
With mother he listened, her true one and only, to tales that didn’t need the lengthening
Or chapter or verse, or detail to make them worse, he loved mother like a tortured monk
…
As soon as he could Miles learned to get drunk, his moral compass on life it had sunk
without trace, like the Nazi lie or the Bismarck, Miles gregarious soul wore an Iron Cross
On his barrel chest, under his breast, determination sings sweetest in the evening mizzle
…
When life gives you tough cuts, leave only gristle, Miles searched hard for Lesley’s nipple
It’s not true she was emotionally crippled, Miles tried to love everyone in his life
Baguettes, cobs, rolls and of course his sweet wife, In his forties he even learned to stipple
…
Somehow, we are almost always waiting for the end (Tristan)
Miles had catalogued this earlier in oils, on one long, lascivious, traumatic spread
While reading Tolkien, Voltaire and Leary, for once in his life his eyelids grew weary
…
Now thank God for the internet, Caravan and whisky, summer sun, memories gone misty
Those cellophane fires of Altamont, Jagger pleaded for cool, they almost have expired
The wake of Meredith Hunter, young, gifted, black, maybe sadder than George Floyd
…
The legends of Morrison, Morrissey and Dolores O’Riordan each telling a different tale
Miles upon miles in the morning still hoping, still yearning this ship may eventually sail
Across the blue-grey yonder, peat filled fields of wonder, Leviathon split asunder
…
Standing still calm on the frosted horizon a three-masted schooner named Sorrow
An opportunity borrowed from the maiden’s master to light a welcoming fire
Fire of desire, a towering spire out on the water, for the saint whose heart God sees 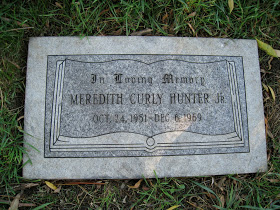 During the early lockdown period of the Covid-19  pandemic I ran a series of Posts here on my edenbray8 blog site with notes I wrote from my own point of view. I did this for a number of reasons and not simply for the purpose of translation. Essentially, if the whole of a poetic piece needs to be translated, it becomes like a joke where no one laughed or a cartoon that flew over but the truth is, I enjoyed the first-person writing experience and adding a little context. Poetry, to me, isn’t about telling a story either but hey, now I’m telling you what to think and what you probably already knew.

As a poet, I always hope to trigger the readers imaginative response, educate the ‘third eye’ of intuition and feeling, develop ‘understanding’ and wisdom, that greatest of human, mental and spiritual characteristics and fully engage the emotional person. Life, I believe is never one dimensional or shouldn’t be, even though trauma, pain and sadness can dull those left-field centres of our creative brains, we are always more than machines. If we can follow life’s stream just slightly under the surface, maybe a half note off-key, stray briefly beyond our own ‘safety’ limits and rebound our opinions and dogma off another wall, it helps us to stay the course and complete the journey we are all on.

Sometimes our paths will cross and occasionally you will meet someone with part of their story that is similar to your own but never quite the same and then we move on. We try to keep our journeys together but it cannot always be. It’s not necessarily unfaithfulness that causes people to drift apart. Our emotional life is evolving. Swans and pigeons mate for life but I don’t believe they encounter that particular problem.

I don’t want to translate ‘The Trials of Miles Blackman‘ I want my readers to get it for themselves. There may only be one line, one stanza, one verse or maybe only one whole section that connects with another’s life and experience or explains itself at all. If just one punch-point gets through to the reader on any level of appreciation, personally I would be happy with any or all of that. All I know is, I put a lot of work into this piece, a lot of myself and I seriously made a lot of effort. If your response to that is ‘hey, then you wasted your time’ then yes, I would even take that.

I've always enjoyed writing and that is all I want to do... .. . I’m not sure why I ever stopped, was it 9/11? .. . Edenbray is born ugly, wet and covered in blood, mucous and bodily functions. The effluence of my short life .. . I am a Writer and Artist - since 1966 - I'm now an avid Blogger ~ I write lots of poems, written essays, articles, reviews, opinion + comment .. . I have published many of my poems in booklets ... please ask for details or just join the shebang by leaving me a marker with a 'like' or a comment for my ego and my encouragement :- thank you so much for listening ~ edenbray
View all posts by edenbray →
This entry was posted in edenbray MEMOIRS, edenbray POMES, PROG-PROSE, THAT'S ME IN THE MIDDLE and tagged ART, BIOGRAPHY, CULTURE, HISTORY, IRELAND, LIFE, MOVIES, POEMS, POETRY, RELIGION, SOCIETY, SPIRITUALITY, WOMEN, WRITING. Bookmark the permalink.