A Retrospective Anthology of 50 Poems, Articles and Essays

a tale of Baladin 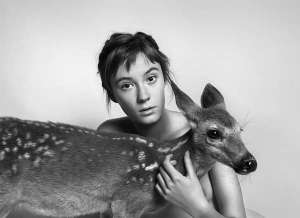 Eberus, a tall, lithe warrior dressed in fur and dusted by the plains of Maraballa, knelt and looked far beyond the deep purple hills of Sysophola.

His heart was heavier than the cargo of a sea barge drifting on the Aratteus after a months hunting and trawling for pescuthus.

He viewed the herd of Atruscean antelope that carried such rich, dark meat, little fat & fetched good bounty at the Gerder market each first day.

Natreana had not spoken to him for six days now and this after they had shared that special moment while he visited – carrying forest truffle.

He nursed the knife her jagged eye lodged in his open heart, the wound where only torn emotion and passion lie side by side.

When they were joined by thought and imagination he knew her heart raced with his and by now he were chasing the insolent deer.

Who grazed on autumn coloured grasses, trimmed, and so languid as Eberus who contemplated turning his  dagger inward to end his mire.

Why is love the hardest, the slowest and the most painful night while it also causeth the step to quicken, the countenance to lighten and a smile?

For these thoughts the deer were now left to tripping, gambling, running and to breathing free as the night prussian and dark fell upon them.

#Authors Note : Another Tale of Baladin, whom we have met before and this an unlisted Tale as well. There are 9 such Numbered Tales and the last regarding Baladin the Wolfmaster to be found and each is a mythology and a fantasy. For Baladin is a pro-ven seer, a prophet Sir and a Storyteller Regal with a memory near old as the wind and he so travelled with such wise counsel.

So to this Tale regarding the fair Natreana and her lover Eberus – a Tale so similar in points of interest found to a much earlier and longer piece entitled ~ Concerning Andriose and Methuen which in the stakes of this mythology has led many to consider there are Truths current in both Tales enough to warrant they speak of a Daughter somewhere in Baladin’s past history that he does so long to speak of, yet, some great sadness preventeth him so to do but causeth him to write of her in Tales; or prevented him, as now the Long ships have long since departed and taken our Regal Storyteller far away aboard the Hringhorni.

I'm a writer ... I write .. . I’m not sure why I ever stopped, was it 9/11? .. . edenbray is born ugly, wet and covered in blood, mucous and bodily functions ~ the effluence of my short life .. . I am a Writer and Artist since 1966 - I'm an avid Blogger ~ I write lots of poems, written essays, articles, reviews, opinion + comment .. . I have had many poems selected for Anthologies of verse and recently have published many of my poems in 24+ themed booklets ... please ask for details - join the shebang by leaving me a marker with a 'like' or a comment for my ego and encouragement and thanks for listening - I really value your interest ~ edenbray
View all posts by edenbray →
This entry was posted in Baladin's Dream, EDENBRAY in EXILE - A RETROSPECTIVE, edenbray POMES, PROG-PROSE and tagged ART, BALADIN, FEELING, HISTORY, MYTHOLOGY, POETRY, WRITING. Bookmark the permalink.